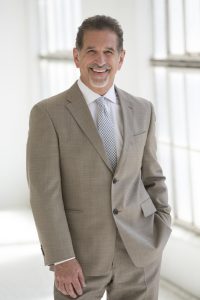 Tom’s mission in life is to help people! He has devoted his entire career to this endeavor. He spends his days answering questions, taking complaints and solving problems for thousands of people. Over the past  40-years Tom has recovered millions of dollars for victims of consumer fraud and bad business deals.

Tom’s main sounding board is his top-rated radio show airing weekdays around the country on his flagship radio station, Talk Radio 630 KHOW, plus on other affiliates and nationwide on iHeart Radio, Facebook and YouTube. The show is unique … packed with live calls from people needing all kinds of help. You too can get HELP HERE! You’ll soon find out why Tom Martino’s “Troubleshooter” brand is the most effective tools in battling consumer trouble across the country.

Tom has enjoyed more than 40-years in TV News – most of them in Denver. He began at KCNC-TV, then later moved to KDVR Fox-31. Currently Tom produces independent projects as well as TV commercials for a select group of clients.

In addition to this website, Tom hosts the ever-popular ReferralList.com. Tom Martino’s Referral List was the first and original list of honest and reliable merchants, professionals, contractors and service providers.  And it is the only list that provides consumer with recourse when they encounter problems with members. Other sites developed by Tom include SleazeBrigade.com. and 303Martino.com.

Tom’s career began at a small-town newspaper in Catskill, New York where he created the first-ever Consumer Action column for readers who needed consumer help and advice. He then moved into broadcasting where he hosted America’s first consumer call-in radio show on WHUC in Hudson, New York. Tom’s TV career started at WRGB-TV in Schenectady, New York, then moved to Fort Myers and Tampa, followed by Raleigh, North Carolina before moving to Denver. In Denver Tom worked at CBS4-TV for 20-years and then Fox-31 TV for 12 years. His Denver radio show started 850-KOA Radio followed by 630-KHOW. Tom’s work extended to the Rocky Mountain News where he had a weekly column. He also freelanced for several national magazines. In the late 90’s Tom’s radio show was nationally syndicated for several years on more than 300 radio stations, including 77-WABC Radio in New York City.

Tom loves aviation! He has been flying airplanes, helicopters and even gyroplanes since 1980! Tom’s hobby is restoring classic airplanes from the frame up. He also hand-built a composite airplane from a kit! Tom has won airshow awards including a prestigious plaque from the world-renowned Oshkosh Air Show. Tom also plays drums and loves horseback riding, computers and anything “technical”. In addition to all of this, Tom’s ultimate passion is for pets. He would have 100 if it was practical!